Use this tool to find out how people's beliefs impact economic development, health and society. 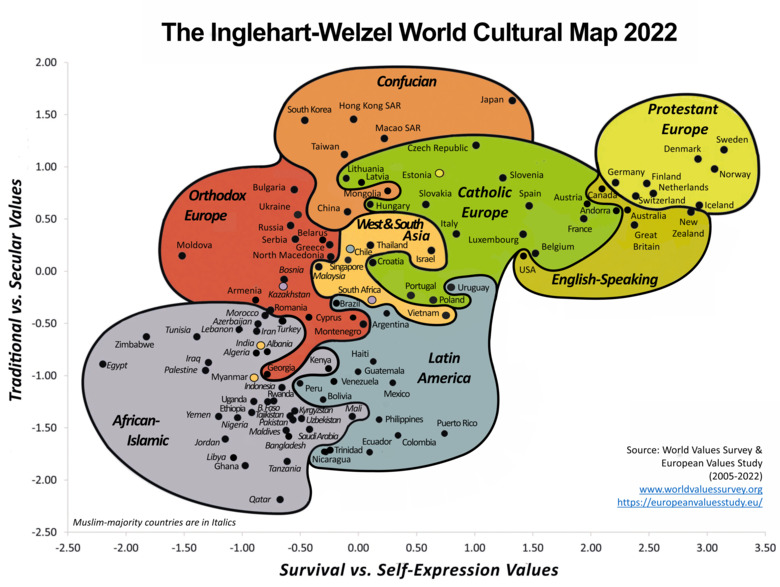 There are many factors that determine health in a population. For example, income, strong institutions, and equality. It has been shown that people's beliefs also play a key role in economic development, the emergence and flourishing of democratic institutions, the rise of gender equality, and the extent to which societies have effective government.

With this tool you can see how people's beliefs on everything from trust in institutions and support for gender equality to attitudes toward corruption and globalization, differ between countries and over time.

A global network of social scientists studying changing values and their impact on social and political life, led by an international team of scholars, with the WVS association and secretariat headquartered in Stockholm, Sweden.